The lighthouses of Formentera 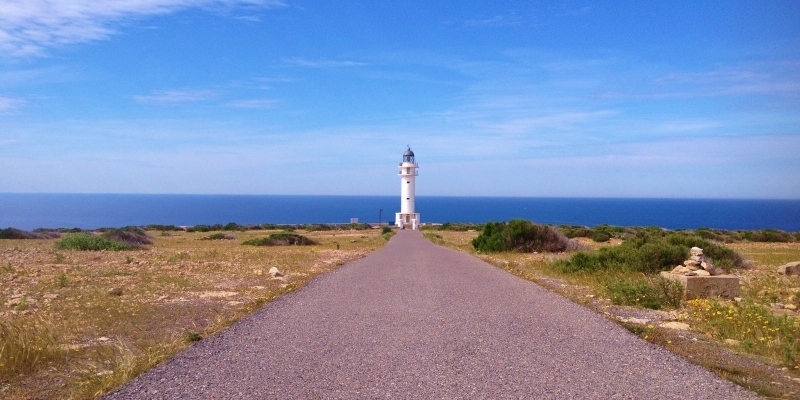 Visit Formentera is also a journey through the island history, marked on its territory from buildings that bear the memory.

The monument of Ca Na Costa reports to a human presence in the territory that dates back to 1800 BC; the Roman ruins are still visible on the testimony of one of domination that has marked the history island; the mills are reminiscent of the island countryside tradition and the cultivation of wheat.

Nowadays the symbol of Formentera are the 3 lighthouses, which dominate the three Island far sides (South, North and East), and served as watchtower and reporting signal for boats.

FARO DE LA SAVINA (North)
It's the most recent and perhaps less striking, as it offers spectacular views of the other two buildings. Welcomes you at your arrival on the island, arrives and greets you as you will be leaving.

FARO DE LA MOLA (East)
It'sone of two scenic Island lighthouses and it's the oldest, opened in 1861. Stands on the highest cliff (120 meters), one to the East. The faro de La Mola is also tied the world literature: here the great writer Jules Verne has set an episode of his the 'Adventures of Hector Servadac' and there you can find the commerative plaque dedicated to him.
From the lighthouse you can enjoy a real fairy tale scenery.

FARO DE ES CAP DE BARBARIA (South)
It's almost 20 meters high and dominates the cliff in the south of the Island. The journey to get there is more difficult, but wonderfull and the view once you get is really unique. The legend to which we owe the name is linked to pirate ships that arrived to this point of the coast.
Immortalized in film history with some scenes of the famous movie 'Lucia y el sexo', is the most southern point of the Balearic Islands.

The lighthouses are still functioning with a modern lighting system for photovoltaic energy.

The journey between Es Cap De Barbaria adn La Mola is one of the most striking itineraries, for those who want to move around and explore the island, and you can do it both by bike and scooters.

Visit our website and contact us to book your accommodation in Formentera: This email address is being protected from spambots. You need JavaScript enabled to view it..